A TEAM OF INDIVIDUALITY 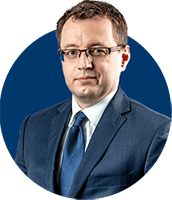 Attorney Andrzej Kozioł is a graduate of two universities: the Adam Mickiewicz University in Poznan and the European University Viadrina in Frankfurt (Oder). He also had been a scholar at the Pompeu Fabra University in Barcelona. He started his legal apprenticeship in 2009 at the Higher National Court in Brandendurg in Germany, and in August 2011 he entered the list of attorneys in the federal state of Brandenburg. Subsequently, from 2011 till 2014 he was working in a law firm based in Potsdam which specialised in Polish-German law. He was the head of the firm branch in Poznan in 2012-2014. Moreover, Andrzej Kozioł is a member of the District Bar Association of foreign attorneys in Poznan.

Back to our team

We use cookies on our website to give you the most relevant experience by remembering your preferences and repeat visits. By clicking “Accept All”, you consent to the use of ALL the cookies. However, you may visit "Cookie Settings" to provide a controlled consent.
Cookie SettingsAccept AllAcceptRead more
Manage consent

This website uses cookies to improve your experience while you navigate through the website. Out of these, the cookies that are categorized as necessary are stored on your browser as they are essential for the working of basic functionalities of the website. We also use third-party cookies that help us analyze and understand how you use this website. These cookies will be stored in your browser only with your consent. You also have the option to opt-out of these cookies. But opting out of some of these cookies may affect your browsing experience.
SAVE & ACCEPT